The nutritional facts of Isabgol or Psyllium husk powder are given below,

Other Names for Isabgol

The nutritional facts of Isabgol or Psyllium husk powder are given below,

Psyllium husk is a rich hemicellulose source, mainly composed of a Xylan as a backbone linked with subgroups like arabinoxylans arabinose and rhamnose. The seed husk is composed of 65% insoluble and 35% soluble polysaccharides. Mucilaginous biopolymers and Gums extracted from the Psyllium seed husk is used in pharmaceutical preparations as a thickening agent, gelling agent, and stabilizer.

1: Isabgol and its benefits in Cholesterol management

2: Isabgol and its benefits in maintaining heart health

It is well known that all types of fiber are good for the heart. The American Heart Association (AHA) states that dietary fiber intake helps manage good and bad cholesterol in the body, which will directly impact reducing the risk of heart disease, type 2 diabetes, stroke, and obesity. There are scientific studies that show that intake of Isabgol in diet can reduce triglycerides in the body for avoiding the risk of stroke. The scientific studies showed that the intake of 10.2 g of Isabgol per day could effectively reduce LDL cholesterol.

Isabgol is known for its laxative property. It is a bulking agent that increases the stool size-weight and thereby helps in relieving constipation. Isabgol, when dispersed into any liquid food, it produces multivalent ions, which electrostatically binds to the partially digested food which passes from the stomach to the small intestine. Isabgol has a powerful water-absorbing property that can further help in increasing the moisture and weight of stool. This results in easier passing of stools. There is scientific evidence that Isabgol soluble fiber is more effective than the wheat bran’s insoluble fiber. The intake of 5.1g of Isabgol two times a day at least two weeks can help improve bowel movements.

The scientific literature shows that intake of Isabgol regularly can help relieve diarrhea by increasing the thickness of stool, which can slow down it’s passing through the colon. In the case of patients suffering from lactulose-induced diarrhea, the intake of 3.5 g Isabgol three times daily can improve their stomach emptying time. This, therefore, helps to reduce diarrhea and normalize bowel movements.

5: Use of Isabgol in management of Blood sugar level

It is well known that fiber intake can help control the body’s glycemic response towards a meal, which facilitates the reduction of insulin and blood sugar levels. Also, the well-known water-absorbing property of Isabgol can help form a gel in the stomach, which can slow down the digestion process and regulate blood sugar levels. A scientific study showed that intake of 10g of Isabgol two times a day could reduce the risk of type-2 diabetes.

6: Role of Isabgol in Satiety and weight loss

All fibers have the property to form a viscous fluid, which will help control weight loss and satiety. One more mechanism of controlling weight gain is by slowing down stomach emptying and reducing appetite, which controls calorie intake by the body. Isabgol supplements can easily fit into this need. The desire for food and hunger can be reduced when one can take up to 10g of Isabgol before breakfast and lunch. Isabgol supplements can also help in the management of fat and body mass index.

7: Isabgol as a Prebiotic

Prebiotics are compounds that are mostly indigestible but helps in promoting the growth of intestinal bacteria or probiotics. Scientific reports are stating that Isabgol has prebiotic properties. The part of Isabgol is fermentable, and short-chain fatty acids like butyrate are the product of it. This short-chain fatty acid is known to possess excellent health benefits.

Be the first to review “Husk Ispagol/چھلکا اسپغول” Cancel reply 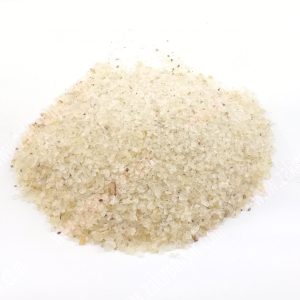 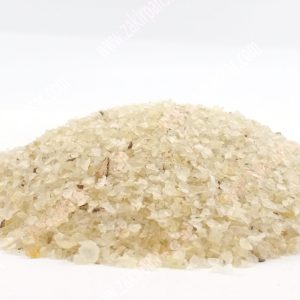